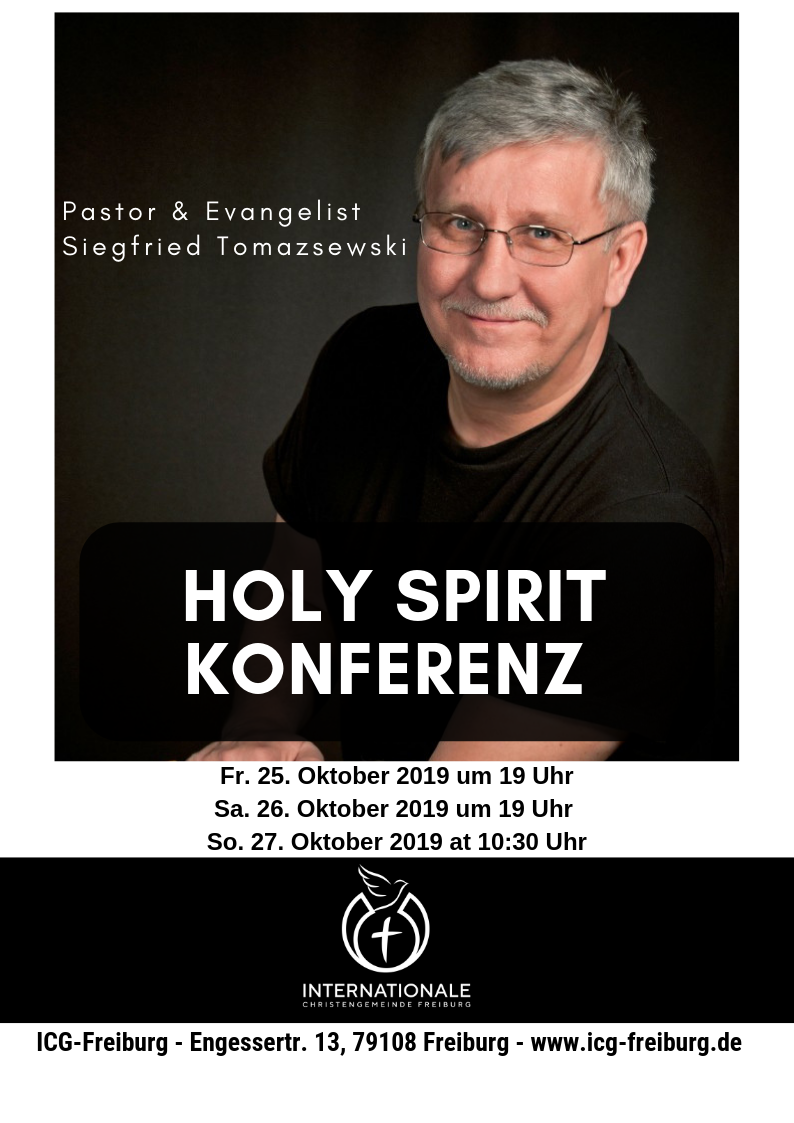 Don’t miss this opportunity to encounter the Holy Spirit. One encounter with God can and will change your life.

Siegfried Tomazsewski worked alongside Evangelist Reinhard Bonnke as European Director of Christ for all Nations (CfaN) for 18 years. He has preached at large evangelistic campaigns, taught at CfaN Fire Conferences, ministered in churches around the world and has established and founded ministries under Evangelist Bonnke’s leadership.

Pastor Tomazsewski was born in Germany and worked in various management positions in the commercial world before his “full time ministry”. He ministered as a youth pastor and elder in a church in the south of Germany for many years where he experienced great growth in the church. His responsibilities included cell groups, worship and intercession – all in connection with evangelism and outreach. He worked as a missionary in the United Arab Emirates. After his bible school in Erzhausen (Beröa) in 1994 he became ordained with the German Pentecostal Fellowship (BFP – Bund Freikirchlicher Pfingstgemeinden).

He was chairman of the PEC 2003 (Berlin/Germany) that was hosted by the PEF and various other ministries and served many years as treasurer on the board of the Pentecostal European Fellowship (PEF).

In 2012 he founded the ministry “Calling Ministry” and follows the calling of God for his life to preach, teach and serve with the focus on Europe and North Africa with many salvations and healing testimonies. Just in the last 3years, Siegfried has led over 30,000 people to Christ through mass evangelism and also one-on-one witnessing, preaching and sharing with healings to follow. His passion is to call people to the cross of Christ and impart to others the fire of God that is within him. In the beginning of 2017, he also took the responsibility as C.E.O. of “One GDA” (One God-One Day-One Africa”) Missions and is responsible for outreaches in Africa and an all-African Gospel outreach project that will effect each country in the continent of Africa in 2020.

He is an author and coach, as well as a sought after evangelist and conference speaker who ministered in over 90 countries around the world. He has been married to Inge since 1982 and they have 4 adult children who also serve the Lord in their own callings. In April 2019, he, his wife Inge and his daughter Shirin, who is also working in the ministry, relocated to South Africa for logistical reasons.